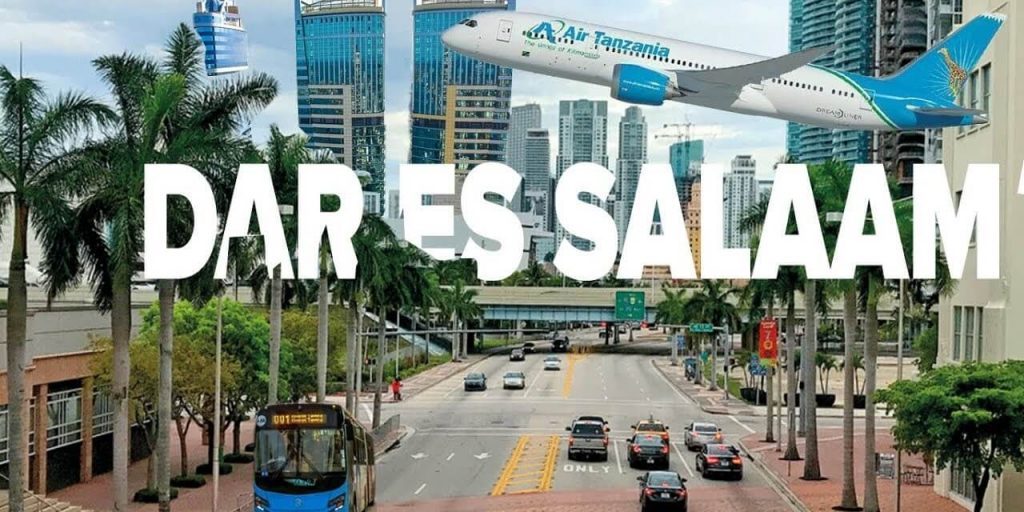 Tanzanian tour operators are mulling over the idea of turning the country’s commercial center of Dar Es Salaam into a ‘tourism paradise’, a copycat of Paris, in their bid to woo massive foreign visitor influx.

The French capital is a huge draw for foreign visitors – receiving 40 million of them a year, more than any other city in the world. There is the city’s romantic image, the stunning architecture, the Louvre Museum, the iconic Eiffel Tower, as well as the simple pleasure of sitting at a café terrace and watching the world go by, not to mention the spectacular sunsets.

Tanzania Association of Tour Operators (TATO) recently engaged tour operators based in Dar Es Salaam in a roundtable discussion where the ambitious idea of transforming the city into the tourists hotspot like Paris, was born.

In 1865, Sultan Majid bin Said of Zanzibar began building a new city very close to Mzizima and named it Dar es Salaam. The name is commonly translated as “abode/home of peace”, based on the Arabic dar (“house”), and the Arabic es salaam (“of peace”).

“As the government shifts its seat to Dodoma, let’s create compelling tourism products in Dar Es Salaam to attract massive numbers of visitors, as is the case with Paris,” Mr Kimambo told tour operators gathered at National College of Tourism.

He implored the Dar Es Salaam-based tour operators to join forces with their counterparts in the northern tourism circuit in transforming the city into a true tourist allure.

Indeed, Dar Es Salaam, the busiest port in East Africa and commercial center on the Tanzania’s Indian Ocean coast rich in historical sites, grew from a fishing village to the country’s largest city.

The open-air Village Museum has re-created the traditional homes of local and other Tanzanian tribes and hosts tribal dancing.

This is part of the National Museum, which offers Tanzanian history exhibits, including the fossils of human ancestors found by anthropologist Dr Louis Leakey.

Patrick Salum, founder of Paradise and Wilderness Tours, says “it goes without saying, Dar Es Salaam is a leisure city and what is needed is infrastructure in beaches be upgraded, marketing be enhanced and services be improved for it to draw massive tourists”.

Tanzania’s tourism guru, Moses Njole, says plans are underway to develop the beaches into a real tourist allure as part of the ambitious strategy to make Dar Es Salaam the Paris of East Africa.

“If all goes well, a grand plan is in pipeline that will involve the Ministry of Natural Resources and Tourism and the Dar Es Salaam City Council to develop various tourism products along the beach in a bid to attract visitors like Paris does,” explains Njole who doubles as a tourism lecturer at College of African Wildlife Management (CAWM) at Mweka in Kilimanjaro Region.

The Minister for Natural Resources and Tourism, Dr Hamis Kigwangalla, is on record as saying his docket is in the process of establishing a beach management authority to improve beach tourism.

Dr Kigwangalla is concerned that beach tourism was doing much better in Zanzibar than on Tanzania Mainland. “Beach tourism is not being promoted on mainland Tanzania with its abundant potential,” he notes.

It is understood that the uninhabited islands of Bongoyo, Mbudya, Pangavini and Fungu Yasini, just off the coastline north of Dar es Salaam, form this marine reserve system, a key tourist attraction.

Despite all odds, Bongoyo and Mbudya are the two most visited islands at the moment.

Other key potential tourist allures in Dar Es Salaam include State House. An imposing complex set amid large grounds, the State House was originally built by the Germans and rebuilt after First World War (WWI) by the British.

Village museum could be one of crucial attraction. This open-air museum features a collection of authentically constructed dwellings illustrating traditional life in various parts of Tanzania.

Head down to Kivukoni Fish Market early in the morning are fishers flogging their catch to restaurateurs and homemakers with all the zeal of Wall St stockbrokers. The market could be a great tourists allure.

There are several key churches such as St Joseph Cathedral, a spired; Gothic-style Roman Catholic Cathedral with striking stained glass windows behind the main altar, built at the turn of the 19th century by German missionaries.

Yet another church worth noting is St Peters. In addition to being almost always packed to overflowing during services, St Peter’s is a helpful landmark showing the turn-off from the busy Ali Hassan Mwinyi Road for traffic up to Msasani Peninsula.

Azania Front Lutheran Church is also one of the most attractive cathedrals. A striking edifice, with a red-roofed belfry overlooking the water, a rather stern Gothic interior and a marvelous, new handmade organ, this is one of the city’s major landmarks. Germans built the church in 1898.

Kunduchi ruins are probably the forgotten must see tourist magnet. These overgrown but worthwhile ruins include the remnants of a late 15th century mosque as well as Arabic graves from the 18th or 19th centuries, with some well-preserved pillar tombs and some more recent graves.

Few people know that Dar es Salaam is a home to the oldest botanical gardens. Although in danger of disappearing beneath development, these botanical gardens provide an essential shady oasis in the city. They were established in 1893 by Professor Stuhlman, the first director of Agriculture, and were initially used as a testing ground for cash crops. They’re still home to the Horticultural Society, which tends the indigenous and exotic plants, including scarlet flame trees, several species of palm, cycads and jacaranda.

Askari Monument is probably the most important tourist allure in waiting. This bronze statue, dedicated to Africans killed in the First World War (WWI), could be well preserved for visitors to enjoy.

Tourism is the main source of hard currency in Tanzania, best known for its beaches, wildlife safaris and Mount Kilimanjaro.

Tanzania’s earnings from industry jumped by 7.13 percent in 2018, helped by an increase in arrivals from foreign visitors, the government says. Revenues from tourism fetched $2.43 billion for the year, up from $2.19 billion in 2017, Prime Minister Kassim Majaliwa tells Parliament recently. Tourist arrivals totaled 1.49 million in 2018, compared with 1.33 million a year ago, Majaliwa says.

President John Magufuli’s government says it wants to bring in two million visitors a year by 2020.