A slow roll-out of COVID-19 vaccination campaigns in Africa will limit the recovery of international travel across the continent, according to a report released by the International Air Transport Association (IATA).

Africa, in comparison with other regions globally, has struggled in rolling out its vaccination campaign due to various factors causing it to lag behind in achieving targets of vaccinating its population.

The emergence of COVID-19 variants, especially from South Africa and the UK, has further complicated the lifting of travel restrictions within the continent and in other regions. 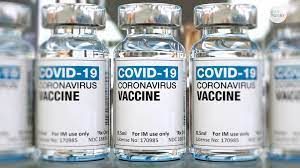 “With only 14% of the region’s RPKs (Revenue Passenger Kilometers) generated on domestic markets this will provide little cushion,” the report said, noting that domestic markets will improve faster than international travel.

Demand and capacity across the continent in 2021 are also set to remain below the levels recorded in 2019.

Africa’s airline industry will also report losses this year due to the disruptions arising from the pandemic; however, they will be down from those incurred last year.

Africa’s losses are predicted to be the lowest of the world’s six regions while Europe is expected to be the worst-hit with losses of up to $22.2 billion.

However, in terms of percentage of revenues, Africa’s losses are marginally the highest of all the regions with Europe second with 23.9 percent.

Africa’s aviation sector has been hard hit by the coronavirus pandemic with low demand for flights across the continent coupled with several cancellations and suspensions resulting in a huge drop in passenger revenue.

In light of the persisting effects of the pandemic, airlines and countries resorted to different measures in response to the fall in airline passenger revenue. 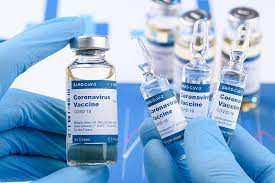 In particular, several airlines stepped up their cargo operations in an attempt to boost revenues and fight to avoid a total collapse.

IATA, in its report, noted this move saying a “historic high” increase of cargo revenues to $152 billion will strengthen a rise in industry revenues.

“In 2021 cargo will account for a third of industry revenues. This is significantly above cargo’s historic contribution, which ranged around 10-15% of total revenues. The improvement in cargo, however, is not able to offset the dramatic decline in passenger revenues.”

IATA said that in the face of the ongoing crisis, a number of immediate measures had to be implemented to prop up the industry. The key measure identified was plans being put in place for a restart in preparation for a recovery so as not to waste time once restrictions are fully lifted.