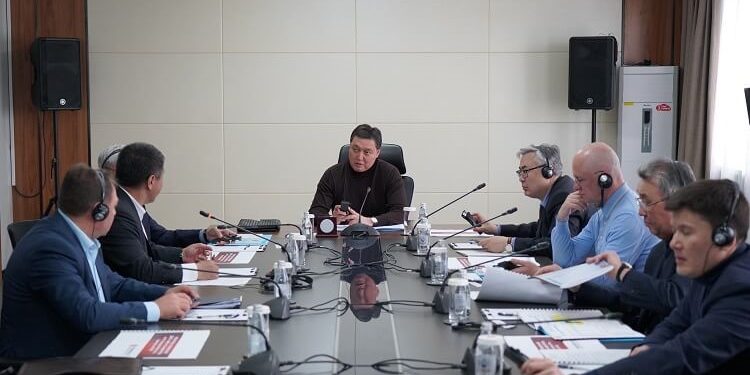 Kazakhstan Prime Minister Askar Mamin visited the East Kazakhstan, Almaty and Karaganda regions on a  working trip to check the implementation of the instructions of the Head of State Kassym-Jomart Tokayev given during his visits to the regions. Attention was paid to the execution of the Nurly Zhol state program initiated by the First President – Elbasy Nursultan Nazarbayev in order to develop a sustainable transport infrastructure of the country.

In the East Kazakhstan region, Askar Mamin examined the progress of the project on the construction of the Ust-Kamenogorsk-Taldykorgan highway. In 2019 it is planned to ensure the opening of traffic at 265 km. In general, on 763 km of the road, the travel will be provided in 2020. At the same time, the Kalbatau-Maikapshagay highway is being reconstructed, whereby the end of the year 135 km of roads will be commissioned.

Over the past 2 years, large-scale work has been carried out in the eastern zone of the coast of Lake Alakol to the amount of 5.3 billion tenges. Work continues on the development of the embankment, the promenade is expanded along the coastline. This year, it is planned to begin the implementation of 8 major infrastructure facilities totaling over 31 billion tenges: the Keruen Plaza hotel will be built with 250 beds, a health and fitness complex, bicycle and walking paths, the park will be expanded, etc. This year the east coast will be visited 650 thousand tourists.

In the Almaty region, the Head of the Government Mamin reported on the reconstruction of the eastern section of the Ust-Kamenogorsk-Taldykorgan highway, 355 km long, and the Usharal-Dostyk highway construction project, 184 km long.

In Akshi village Askar Mamin inspected the construction site of the enclosing dam of Lake Alakol. The construction will make it possible to protect over 2.5 thousand residents of coastal villages from the effects of waves.

The prime minister also got acquainted with the improvement of the recreation area of ​​the coast of Lake Alakol. In the region, over 200 tourist facilities were launched, a new hotel complex “QOQTEM GRAND RESORT” with 450 beds is being commissioned. This year, the development of tourism potential will continue through the implementation of the construction of new hotels, service facilities. This year it is expected that 1.3 million tourists will visit the southern shore of Lake Alakol.

In the Karaganda region, work on the Karaganda-Balkhash highway section was inspected. Under this project, traffic will be open at 187 km in 2019, the delivery of the entire facility is planned for 2020. According to the projects “Karaganda-Temirtau” and “Bypass of the city of Karaganda,” the work will be completed before the end of the year with the commissioning of 61 km of roads.

Prime Minister Askar Mamin noted the high groundwork in the construction of objects on sections of roads in the East Kazakhstan region and instructed to strengthen the pace of construction work on objects in Almaty and Karaganda regions. For accelerated mobilization and intensive work, it is necessary to make appropriate adjustments to the construction time of projects. He stressed the importance of attracting the local population for the implementation of facilities, providing the necessary wage conditions and increasing the share of local content. “The infrastructure should work. The task of the projects Ust-Kamenogorsk-Taldykorgan and Karaganda-Almaty is to allow travel in 2020. Quality issues should be a top priority,” said Mamin. “It is necessary to continue work on the development of tourist potential on Lake Alakol. About 2 million tourists will visit the east and south coasts in 2019.”