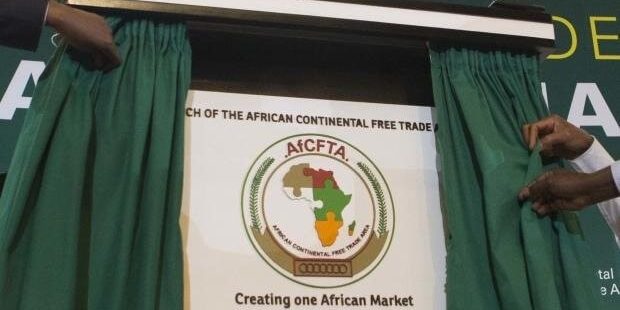 The African Continental Free Trade Area (AfCFTA) will come into force on Thursday. It will be the largest free trade agreement by population that the world has seen since the 1995 creation of the World Trade Organization.

The Egyptian Foreign Ministry said over the weekend that the required 22 ratifications have been received. The latest two ratifications, Sierra Leone and the Sahrawi Republic, were received by the African Union (AU) on April 29. All but three (Benin, Eritrea and Nigeria) of Africa’s 55 countries have signed up to the deal. The UN said if Nigeria joins the AfCFTA then intra-African trade could grow by more than 50 percent in the next five years.

According to statistics, cited by the ministry, when the agreement enters into force it will affect more than 1.2 billion people, with a total domestic product of about $3.4 trillion. It will cut duties on 90 percent of goods on the continent. The deal could boost intra-African trade by 52.3 percent, the UN said.

Rwandan President Paul Kagame hailed it as a “new chapter in African unity.”

The African Union’s trade commissioner Albert Muchanga said: “When you look at the African economies right now, their basic problem is fragmentation.”

AfCFTA has been a flagship project of the African Union’s “Agenda 2063” development vision for five years. The AfCFTA proposal was approved in 2012 and the members started working on a draft in 2015. In March 2018, the leaders of 44 African countries endorsed the agreement in Rwanda. AfCFTA participants are reportedly weighing the possibility of using a common currency.