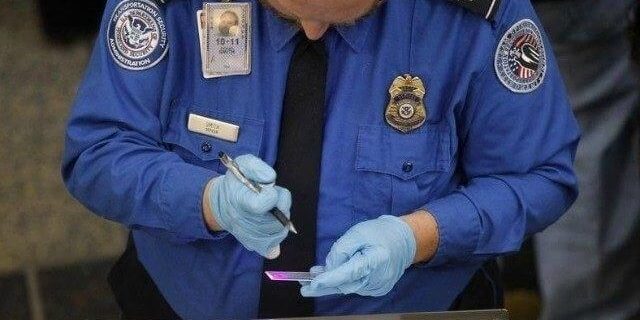 US Transportation Security Administration has brought a new meaning to the term “undocumented” by permitting illegal aliens to fly domestically, without ANY legal ID papers, for months, according to a report citing Homeland Security sources.

The TSA has permitted illegals to board domestic flights at airports near the border without any of the 15 forms of identification it legally requires for all other passengers, according to sources at the Department of Homeland Security who spoke to the Washington Examiner. The unofficial practice began in December as the numbers of migrants released from federal custody began to snowball, and the agency has avoided addressing the flood of new releases with permanent policy changes thus far.

A TSA spokesperson initially confirmed the report to the Examiner, explaining that migrants were permitted to board using the ‘Notice to Appear’ they receive from Citizenship and Immigration Services (CIS) after passing the ‘credible fear’ screening all asylum seekers undergo as ID. The agency reasoned that such migrants would have been subjected to background checks by Immigration and Customs Enforcement (ICE), Customs and Border Protection (CBP), and/or CIS.

A CIS official rejected that logic, however, claiming the Notice to Appear is just that – a reminder to the recipient of their next court date, which could be as long as five years in the future, and certainly not any sort of identity document.

Seemingly caught unaware of their own policy, the TSA responded that the migrants could use their CIS employment cards, one of the 15 forms of “valid identification” listed on the agency’s website. But new arrivals aren’t eligible to receive that document until 180 days after their “credible fear” claim has been affirmed. Migrant families boarding planes straight out of federal custody would not have had a chance to rack up sufficient time in the country – current laws forbid ICE from detaining families for more than 20 days.

The TSA opted not to answer further questions from the Examiner, instead releasing a statement declaring that “TSA accepts identification documentation issued by other government agencies, which is validated through the issuing agency. All passengers are then subject to appropriate screening measures.” The agency’s website hints at an “identity verification process” for those who arrive at airports without valid ID, but does not elaborate.

Similar allegations about undocumented migrants taking to the skies surfaced in 2014 among border patrol agents in Texas who claimed they had seen TSA agents allow illegals to fly without valid ID. A spokesman for the border patrol agents’ union told KFOX14 that agents in Laredo and El Paso had reported seeing TSA screeners accept Notices To Appear in lieu of photo ID at both airports, lamenting that the document was easily photocopied and completely unacceptable for screening purposes. The TSA responded at the time that passengers without ID could be verified in “other ways” and that children under 18 were not required to produce photo ID.

As an unprecedented number of migrants stream across the southern US border, Trump has threatened to send the overflow to “sanctuary cities” that have taken a welcoming stance to illegal immigration, forcing them to effectively put their money where their mouth is, and threatened Mexico with retaliatory tariffs if its government does not step up to help stem the human flow. US border patrols detained a record 144,000 people last month.